The purpose of our Cultural Association is to preserve the memories of the historical landing to Anzio of the Angloamerican troups in 1944, in code Operation Shingle, which has been one of the most dramatic events in World War II. The Association collects and shares documents, evidence, audio and video material and anything else correlated to the landing, the liberation of Rome and its province. The material is filed, restored, preserved and studied. In addition, the Association organises tours and itineraries through the places of the battles; in particular, the famous 2Km long "Caves" in Aprilia, where the Operation Fischfang took place in February 1944, open to the public.
Associazione OPERATION SHINGLE 1944
Centro studi e ricerche storico militari
email: info@operationshingle1944.it
website: www.operationshingle1944.it -
Cell: (+39) 3428223082
Cod.Fisc. 97681470585
PRESIDENTE: Enrico Canini
VICE PRESIDENTE: Alessandro Raggi
SOCIO TESORIERE: Nicola Baratella 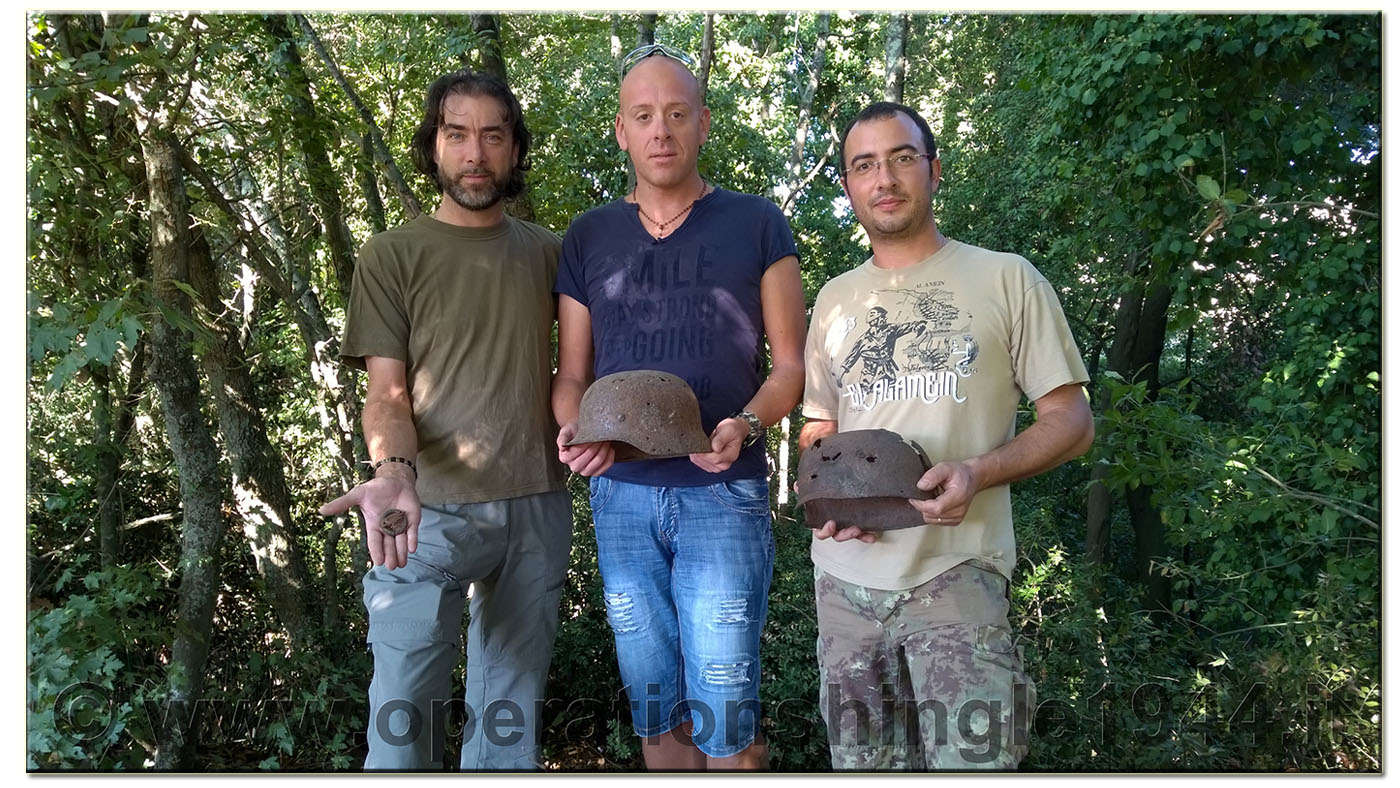